APce Of Sales Quickens During February 2015

APce Of Sales Quickens During February 2015

Pace of sales quickens during February 2015

Sarasota counties, and pending sales also remained at a high level, a harbinger for a busy spring

County, a sign that the market is favoring sellers as 2015 begins.

“Once the holidays have passed, home shoppers jumped off the fence and started signing

contracts,” said Association President Stafford Starcher. “We are now above the record pace of

sales experienced in 2014, and the pending transactions would indicate the current pace isn’t

going to slow in the foreseeable future.”

Future sales, which can be projected from the pending sales figure, look bright in both counties.

Sarasota County jumped up to 1,046 from last month’s total of 995, while Manatee County stood

at 685, about the same as January’s figure of 677. Both numbers were up over last February’s

Another bright spot was the median sale price, which remained strong and substantially above

last year at this time. In Sarasota County, the median for single family homes was at $196,000,

up about 6 percent over last February when the figure was $185,000. For condos, the median was

Sarasota and Manatee counties after rising during the past six months. There were 4,439

properties on the market in Sarasota County in February (up from last month’s 4,385) and 3,166

properties for sale in Manatee County (up from 3,106).

“Properties in the two counties are selling at a high pace, and prices are on the rise, which tells us

we are experiencing a healthy, vibrant market,” said Starcher. “The inventory totals have leveled

off, which means we could see even higher prices going forward, based on the laws of supply

Distressed sales, short sales and foreclosures, continued to represent about a fifth of the overall

market in February 2015. In Sarasota County, distressed sales were at 20.2 percent of the total,

while in Manatee County the figure was 21.2 percent. Both numbers were down from January,

although not significantly. In February 2014, about 20 percent of closed sales in Sarasota County

and 27 percent in Manatee County were distressed properties.

the water,” said Starcher. “Our members are very busy, and enthusiastic about this real estate

and professionalism of the Association’s members.” 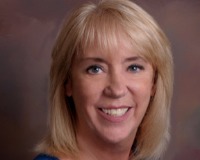 6 Things To Know Before Buying A Home In Florida - Featured Image Alt-tag: A sunset
How To Choose The Best Realtor For Your Florida Home - Moving to a new state is never,
How To Spend A Fun Weekend With Kids In Bradenton FL - Alt-tag: A boy and a girl having
7 FamilyFriendly Activities You Should Try In Sarasota FL - Alt: Consider these 7 family

In just a few seconds, you will be searching just like a Realtor®

I enjoy walking the warm sandy beaches, swimming and watching the magnificent sunsets on Florida’s Gulf Coast. Thirty years ago I came from Michigan to the Sarasota area to enjoy the beaches of the Sunshine State. The “Beach Communities” Longboat Key, Lido Key, Siesta Key and Casey Key are what draw everyone to make Sarasota their home!

Sarasota the “Cultural Capital” of Florida attracts homeowners that want more than just a beach experience. Sarasota and Manatee communities with the growth of new housing maintain their elegant but laid back style. It is a great place to make it your home to be able to enjoy lush natural environment and the amenities of a modern city.

My focus is to best understand the goals and visions of my clients, ensuring all decisions are made with a wealth of information and the necessary tools for a successful, rewarding experience.

I have found my “Slice of Heaven” I look forward to you finding yours!

6 Things To Know Before Buying A Home In Florida

Featured Image Alt-tag: A sunset view of the city. One of the most imp

How To Choose The Best Realtor For Your Florida Home

Moving to a new state is never easy, but if you're moving to Florida,

How To Spend A Fun Weekend With Kids In Bradenton FL

Alt-tag: A boy and a girl having fun on the beach. Welcome to Bra

7 FamilyFriendly Activities You Should Try In Sarasota FL

Alt: Consider these 7 family-friendly activities you should try in Sar

"This is an absolutely outstanding gifted woman. She was on top of things from the moment we started the process till we ended. Could not have asked for a better agent. We felt we made a new friend and will always cherish our experience and look forward to referring her to others. Sue"

This is a list of your favorite properties. We will email you if a property is reduced or leaves the market.

This message will go directly to the head of our team.